50+ countries
across the world

Impacts of Coronavirus on Businesses Worldwide

Almost everyone has heard about coronavirus, and a lot of things have changed since doctors in Wuhan, China, detected the virus. According to one research conducted by Dun & Bradstreet, almost 51,000 companies across the globe (including 163 out of Fortune 1000) have at least one or more direct or tier 1 suppliers, and at least 5 million companies (938 out of Fortune 1000) have one or more tier 2 suppliers in the virus-impacted regions. Source

In the meanwhile, many businesses are taking measures that are having strong effects. Some of the world’s leading airlines have decided not to fly to China (with a population of 1.3 billion and the second-largest economy in the world), at least until April. During the Lunar New Year celebrations, thousands of Chinese factories were made temporarily inactive and are yet to start operating.

The impact of the virus outbreak in China can be seen as becoming apparent across the globe. Apple recently and surprisingly revealed a forecasted cut to its sales due to disruptions in the supply chain. This is frightening global markets, while German investors are losing interest in investing, thinking the impact will reduce the speed of recovery in global manufacturing.

Well, not only the mobile phone industry but all industries that have been relying upon the Chinese manufacturing sector are undergoing hard times.

Wuhan is one of the oldest heavy industrial bases in China. The city’s GDP was mainly divided into two parts in 2014: 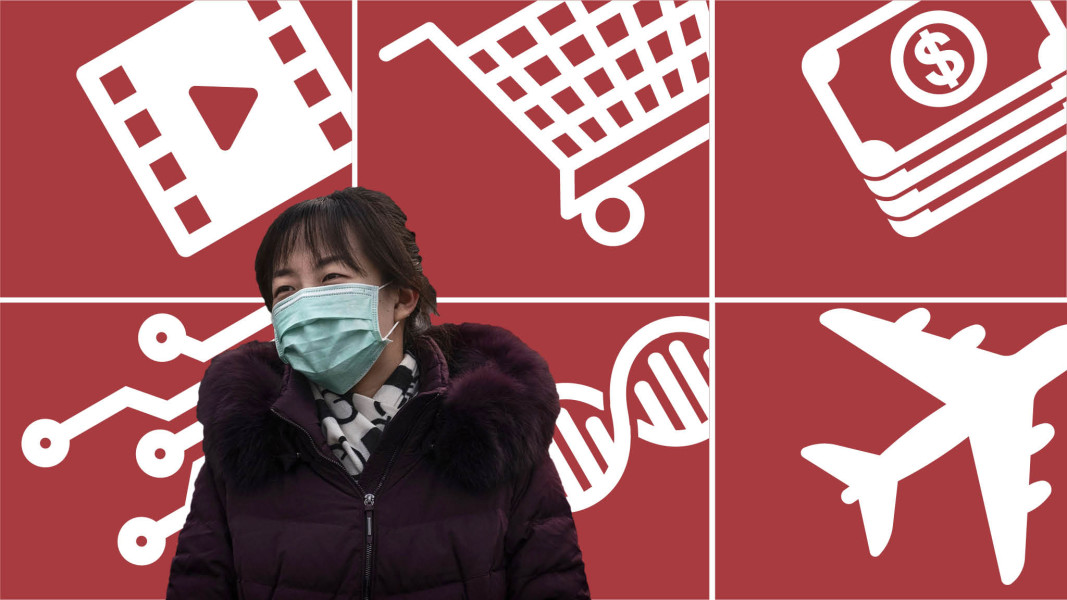 In addition to these, Wuhan is the second-largest center of metallurgical services in China. The city is also a massive manufacturer of cement, textiles, electronics, construction materials, heavy machinery, cigarettes, fertilizers, home appliances, glass, packaging & printing equipment, and a center for food processing.

The virus has also hit the global automotive industry, having a hard impact outside China covering Germany, South Korea, Japan, and even the United States.

The British heavy equipment manufacturer – JCB has reduced working hours and suspended overtime for 4,000 UK workers after they experienced a shortage in parts supplied by China, owing to the virus outbreak. 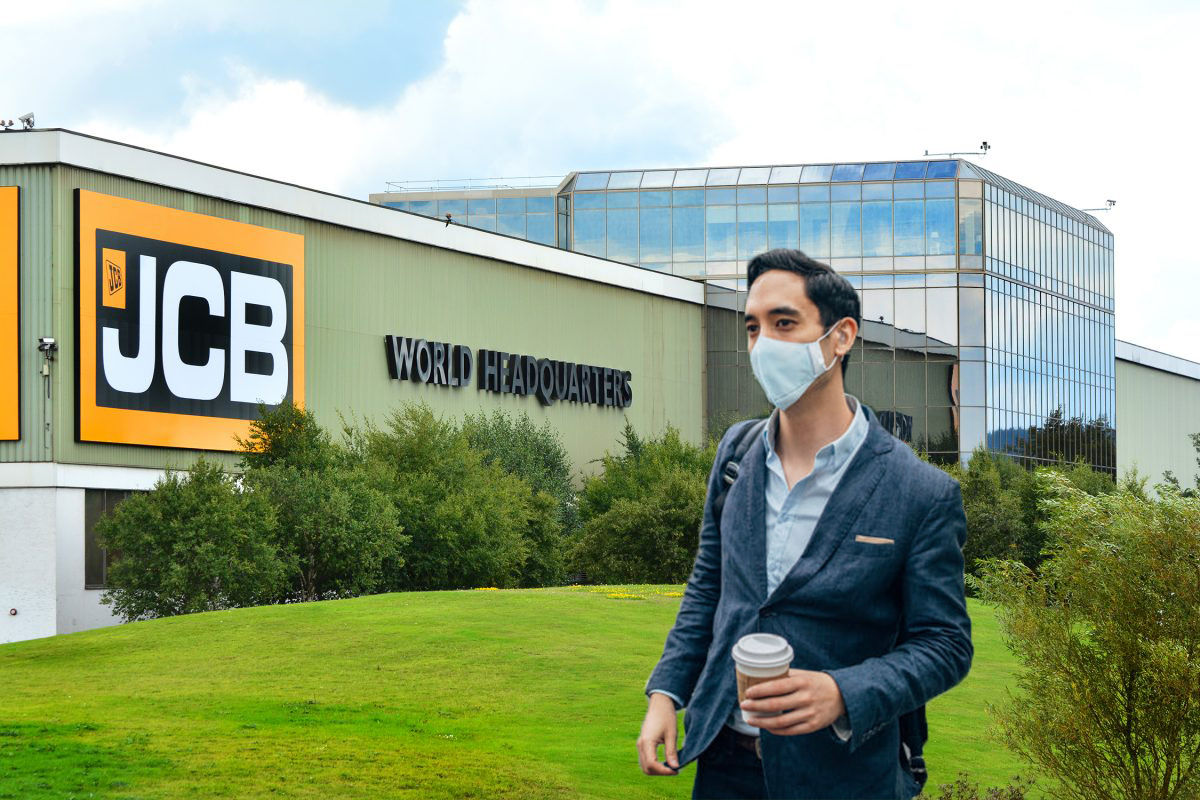 Factory workers will now work 34 hours a week until the supply chain disruption comes to an end. However, workers will get paid as per the 39-hour week system, but they will need to adjust the remaining working hours later this year. The majority of the affected employees are based in Staffordshire, Rocester, Derbyshire, and Wrexham.

In an attempt to explain the situation, Mark Turner – the chief operating officer at JCB, said: “Production in the UK has so far been unaffected by the situation in China. However, more than 25% of JCB’s suppliers in China remain closed and those that have reopened are working at reduced capacity and are struggling to make shipments.” “It is therefore clear that the inbound supply of certain components from Chinese partners will be disrupted in the coming weeks as they seek to replenish their stocks.,” he added. Source

Other sectors, such as retail, mining, construction, and travel, are also profoundly affected as Chinese workers and consumers have stopped most of their regular activities due to fears of infection and travel restrictions.

Going further. As the world is going through the digital era, let’s now discuss how corona virus impacted digital businessess.

The CEO of Alibaba – the biggest company in China said the coronavirus outbreak could have a huge economic impact and described it as a ‘black swan’ event. He also said the outbreak would come up with crucial challanges for Alibaba as many of its merchants using its platform are unable to return to work.

Dropshippers and many small size eCommerce websites that buy products from China and sell directly to customers using different online selling methods and platforms have become unable to purchase products as many factories are closed in China due to coronavirus.

As many companies that rely upon China for business are threatened with the coronavirus, let’s read what people across the world have to say about it.

Similar to many other epidemiologists’ views, he suspects that taking aggressive actions to control the situation will not do much to stop the disease from spreading and might make things even worse.

Amesh Adalja – one of the infectious disease specialists at Johns Hopkins University Center for Health Security, says, “I don’t know how long this is sustainable or productive. It could lead to more panic, more distrust, and make logistics difficult.”

We talked about industries, businesses, products, supply chains, and impacts of coronavirus on the same. Let’s take a look at what it costs to the world.

“The total cost of the outbreak to the economy will range from $90 billion to $270 billion, depending on when it subsides.” Prediction of Todd Lee, an economist with IHS Markit.

Currently, the outbreak is bringing several challenges to many Chinese and multinational companies, and no one has an idea about what it could lead to. One thing that could be a lesson to all the affected companies is that in the future, they should not rely upon one source for their business requirements. Big companies like Apple and JCB are experiencing supply chain disruption; they might contract with at least 2-3 suppliers from different locations in the future.

If a company has multiple suppliers for example, in South Korea, Japan, Germany, France, India, etc., and in case an emergency hits one of the countries, then the company can increase the supply from other countries to fulfill the stock requirement and continue with the business smoothly.

Several companies are letting employees work from home in locations where the positive cases of COVID-19 are identified – (California, Washington), including Lyft, Google, Square, etc. Precautionary measures also incorporate the cancellations of many prominent business conferences and events such as Google’s I/O developer conference and Mobile World Congress.

There could be more events in the future that decision-makers might have to cancel due to the on-going risk of the virus spread, which is already started with many countries restricting travel for citizens as well as foreigners. (Source)

Will business process outsourcing turn out to be a savior in this epidemic?

Concluding this article, we can see that many businesses worldwide are left with no option but to give leaves to their employees owing to taking safety precautions against coronavirus. This is somehow hampering their work productivity and deliverables. These kinds of health hazards anytime can affect business efficiency, leading to reduced work quality and output.

Companies that considered outsourcing their work to a reputed company were able to surpass these problematic situations. By being in the safe zone and safe hands of outsourcing experts, they were able to enhance work efficiencies by getting their processes streamlined. This makes it evident to outsource your back-office workload to the outsourcing providers to ensure smooth business operations during this health-business battle, which started as a result of coronavirus.

How Outsourcing Can Upgrade your Insurance Business Virtues?

Enter your email address below.